Posted by Vercammen Law at 3:54 PM

4.  Facebook Live Will seminars recorded online and available to be watched 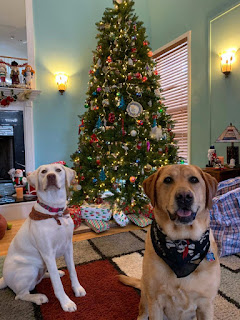 During the Holiday season, we often buy gifts for our family and friends. May we suggest a holiday gift, which truly shows how much you care? Purchase a Will Gift Certificate for loved ones. Secure their interests and make sure proper planning is done.

*A Basic Will without Trust

*A 2-year subscription to the NJ Laws Email News

3. Attorney General Grewal directed all prosecutors to adjourn, until at least January 25, 2021, any case involving marijuana possession-related offenses, or dismiss.

As we await guidance from the Legislature on the parameters for decriminalization of marijuana and legalization of regulated cannabis the Attorney General issued a new directive concerning marijuana possession-related cases currently pending in Municipal and Superior Courts. This memorandum supplements prior guidance issued by this office concerning the prosecution of low-level marijuana cases.

All New Jersey municipal, county, and state prosecutors are instructed to seek an adjournment, until at least January 25, 2021, of any juvenile or adult case involving any of the following charges, alone or in combination with each other, where there are no other pending charges:

·       failure to make lawful disposition of marijuana or hashish in violation of N.J.S.

involving only marijuana or hashish;

In cases where there are other pending charges in addition to the marijuana possession- related offenses enumerated above, prosecutors shall use their discretion to either postpone the case in its entirety or seek dismissal, without prejudice, of the above-enumerated marijuana possession-related charge(s) and proceed with prosecution of the remaining charges.

Please note that this shall not be construed in any way to create any substantive right that may be enforced by any third party, nor does it affect the prosecution of distribution of marijuana or possession with the intent to distribute marijuana in violation of N.J.S. 2C:35-5.

Fairness and justice require that we, as prosecutors, not move forward with charges that the Legislature may foreclose in the near future. We will provide more comprehensive guidance, including direction on handling of previously adjudicated matters, when the Legislature provides details of the framework for marijuana decriminalization and the legalization of adult-use cannabis.

4. Facebook Live Will seminars recorded online and available to be viewed

The presentation is here

Thanks for doing business with our office.

You can also email comments and we can help post for you.

Attorneys who we have helped can also forward positive comments to us for our online reviews.

Update Profile | About our service provider

Posted by Vercammen Law at 3:05 PM

Posted by Vercammen Law at 2:46 PM

1. New Year's Resolution: Put your Will and Estate Planning in order.

2. You also need a Power of Attorney.

3. Happy New Year and Thank you Clients for a decent year.

1. New Year's Resolution: Put your Will, Power of Attorney and Estate Planning in order.
Don't put off having a proper Will prepared and your Estate Planning. With a Will we can save the family over $1,000 with a no bond required clause and self-proving Affidavit. Our office can typically prepare your Will and provide the documents within three weeks of payment. Many persons have put this off for thirty years. Don't wait until you are in the hospital to think about taking care of your family.


2. You also need a Power of Attorney.
A Power of Attorney is a written document in which a competent adult individual (the "principal") appoints another competent adult individual (the "attorney-in-fact") to act on the principal's behalf. In general, an attorney-in-fact may perform any legal function or task, which the principal has a legal right to do for him/herself. You may wish to sign a Power of Attorney giving your spouse, children or partner the power to handle your affairs if you become ill or disabled. More info at http://www.njlaws.com/power_of_attorney.htm

An important part of lifetime planning is the Power of Attorney. The power may be limited to a particular activity (e.g., closing the sale of your home) or general in its application, empowering one or more persons to act on your behalf in a variety of situations. It may take effect immediately or only upon the occurrence of a future event (e.g., a determination that you are unable to act for yourself). The latter are "springing" Powers of Attorney. It may give temporary or continuous, permanent authority to act on your behalf.

Why would anyone give such authority to another person? The most important reason to use Power of Attorneys to prepare for situations when you may not be able to act on your own behalf due to incapacity, illness or absence. Such a disability may be temporary, for example, due to accident, or illness or travel, or it may be permanent. If you are buying or selling assets and do not wish to appear in person to close the transaction, you may take advantage of a Power of Attorney.

If you do not have a Power of Attorney and become unable to manage your personal or business affairs, it may become necessary for the family to have to spend $4,000 for a Guardianship Complaint and petition the Superior court to appoint one or more people to act for you. People appointed in this manner are referred to as guardians or conservators. Few people want to be subject to an expensive public proceeding in this manner so being proactive to create the appropriate document to avoid this is important. A Power of Attorney allows you to choose who will act for you and defines his or her authority and its limits.

Who Should Be Your Agent?

Most people choose a family member to act on your behalf. Many people name their spouses or a child. We do not prepare Powers of Attorney with Joint agents.

You should always name a successor person to address the possibility that the person you name as agent may die, be unavailable or unable to act when the time comes. Similarly, in a Will there is Executor #1, then an Executor #2, not joint executors.

There are no special qualifications necessary for someone to act as an attorney-in-fact except that the person must not be a minor or otherwise incapacitated. The best choice is someone you trust and not far away. Integrity, not financial acumen, is often the most important trait of a potential agent.

You also need a Living Will/ Advance Directive. Modern medicine and machinery can keep a person alive for long periods of time. Sometimes a person is often kept alive in pain or under circumstances that render him or her unconscious as to everything around them, while causing pain and anguish to the family.

Our state has passed a "Living Will" law, often called a "Death with Dignity" law, which allows a person to direct that heroic measures not be taken to prolong life in these unhappy situations.


3. Happy New Year and Thank you Clients for a decent year.
I would like to thank my clients and friends for a devout year despite COVID 19 and the courts closing in person trials. We switched to online preparation of Wills and documents.

We appreciate all the many referrals we received. So many of you were kind enough to tell others about our services and recommend us. Since 1985, [Over 35 years], I have helped individuals and families with legal matters. With changing laws, it is important that your estate planning documents are updated to reflect your family. As you know all businesses must grow, and one of the safest ways to grow is to get referrals from satisfied clients. Thank you for referring friends and family. May the New Year bring happiness and good health to you and those you love.

After January 7, we will be shredding Municipal Court and Litigation files that are more than 7 years old. If you are a past client and there is a file in our office that you do not want us to shred, please email us so arrangements can be made for you to pick up by appointment. Closed files are not stored in the physical office.

As our clients and friends mature, we do more Estate Planning & Probate, Estate Administration. Many individuals have not taken the time to have a Will or Power of Attorney prepared. Please accept an invitation to you and your guests to join us at the "2021 Update -Wills and Estate Planning” Seminar on January 13, 2021 from 12:15-1:00 pm and 5:00-5:45 pm. We will discuss the current changes in Wills and Estate Law. Please email the office if you plan on attending the seminar or if you would like us to email the updated materials.

1. Handling Probate during Covid and while Government offices closed

2. Dangers If You Have No Will or documents invalid

3. Getting your Estate Planning Documents done when you can’t go into a law office

4. What goes into a Will

We now also prepare Wills online without clients having to come to the office!

The police received a dispatch transmission that a 7-Eleven store had been robbed by two black males, one of whom had a gun. A subsequent dispatch indicated the two men fled on foot. The police officer was familiar with the 7-Eleven store and responded.

Police officers seized the evidence following an investigatory stop of an automobile in which defendant was a passenger. The arresting officer testified he stopped the car because he was advised two black men had robbed a store. The officer used a spotlight mounted to his car to illuminate the interiors of passing vehicles as he traveled to the store. In one car, he observed three black men who did not react to the light. The officer stopped the car based on those observations.

The court holds that knowledge of the race and gender of criminal suspects, without more, does not establish a reasonable articulable suspicion that the men in the car had robbed the store. Accordingly, the court reverses defendant's conviction, vacates his sentence, and remands for further proceedings. (A-0891-18T4) 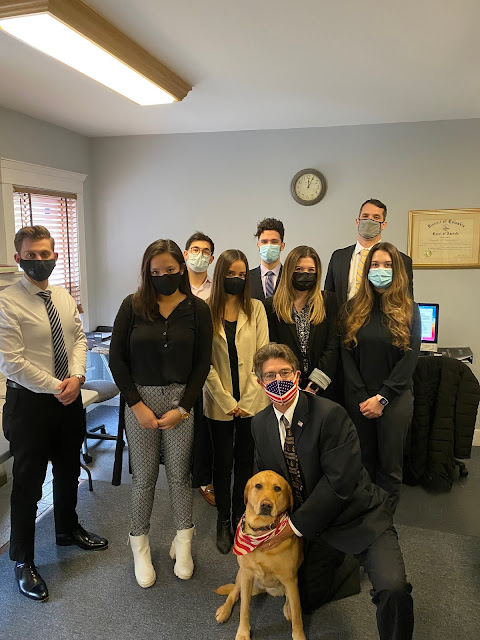 with Kenneth Vercammen and Lexi